May was National Cystic Fibrosis Awareness Month. Across the country, thousands of volunteers came together to raise awareness about this devastating disease and share their story of hope and progress.
Cystic Fibrosis (CF) is a relatively common inherited disease in which from infancy there are recurrent chest infections causing lung damage, intestinal malabsorption leading to severe malnutrition and growth failure, and there is an excess of salt in the sweat. Untreated, the condition is usually fatal in infancy or early childhood. With treatment, the average life expectancy of people who live to adulthood is about 37 years and this is increasing. (Credit: Cystic Fibrosis Australia)

On Friday 17th March 2017 at 3 pm – We’re helping to beat blood cancer by taking part in the Leukaemia Foundation’s World’s Greatest Shave!
Please sponsor us to give Aussie families facing blood cancer the emotional and practical support they need. You will also help fund vital research so more people survive blood cancers like lymphoma, leukaemia and myeloma. You may not know it but blood cancer is the third most common cause of cancer death in Australia, claiming more lives than breast cancer or melanoma. And every day another 35 people will be diagnosed.

Soldier On
Soldier On is about Australians coming together to show their support for our physically and psychologically wounded. We want to show the men and women of our Defence forces that we will always have their backs. Founded in 2012, the organisation was inspired by the death of a friend. Lieutenant Michael Fussell was killed in an IED blast in Afghanistan in 2008 and his friend John Bale looked for a way to support those who survived the blast. He quickly realised there was no easy or accessible way for members of the Defence forces, or the public, to show their support for those wounded in battle. With his wife Danielle, they reached out to his fellow soldiers and enlisted the help of Cavin Wilson, who had been posted in Afghanistan, involved in returning soldiers killed or wounded in action. Together they decided it was time to start an organisation that connected these men and women to the wider public, ensuring these brave sailors, soldiers, airmen and airwomen could be cared for and lead fulfilling and successful lives. 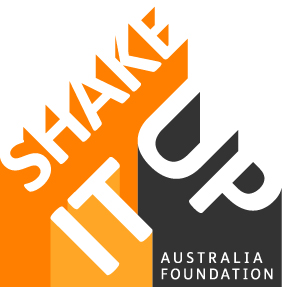 Shake it Up Australia Foundation is a not-for-profit organisation established in 2011 to promote and fund Parkinson’s research in Australia. The foundation was established by Clyde Campbell, a father of three and business owner who was diagnosed with Parkinson’s disease in 2009 at the age of 44. Personal experiences with this insidious disease have highlighted the need to help fund research by Sanitair’s Director and CEO into finding a cure. 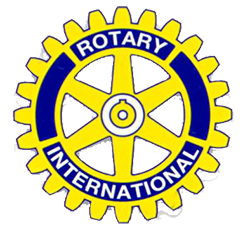 Australian Rotary Clubs are part of an international network of business, professional and community leaders who strive to make the world a better place through practical efforts. Through Rotary International, the reward of “paying it forward” unites men and women from different backgrounds, cultures, religious and political beliefs the world over, allowing ordinary people to do extraordinary things